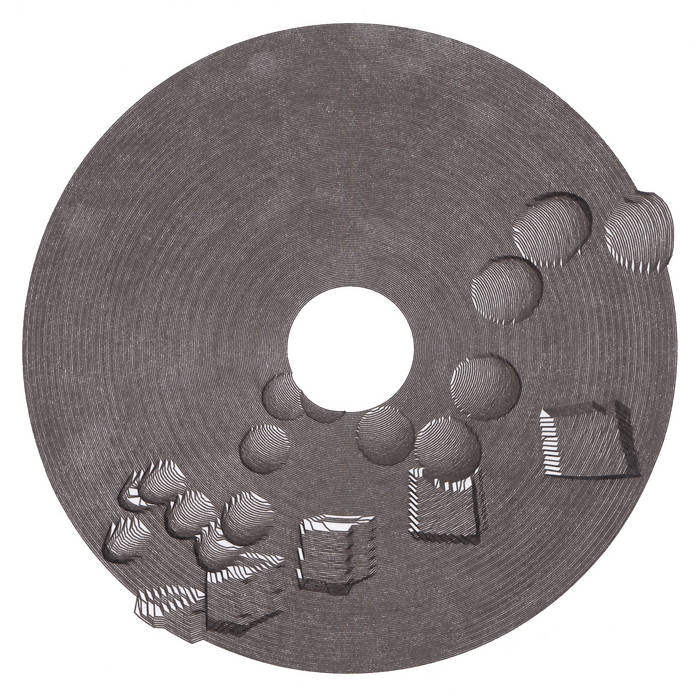 "A few minutes of hyperlyricism is like a sun salutation. No matter what’s going on in the world, it allows supreme focus on where the rhyme is going, causing bursts of dopamine. A dose of Rakim, Organized, Nas, Del, Quill, DOOM, Mike, something that goes as fast as you wish school did, faster than your senses can… to all MC’s in this vein, thank you.

I wrote ((( leapfrog ))) in one subway trip last summer. Was imagining stacking rhymes on top of each other, overlapping the last word of a line in the Left channel with the first word of a line in the Right channel. Then varying the lengths of those lines, and the size of the stacks, in addition to the regular rhymes. But when I tracked it at Dove’s, the punch-in’s required killed the vibe. So I just ran through it like a demo and didn’t think too too much about it. Then Memory Man demanded the a cappella and banged out this mix.

Mello was like, “Let me have it.” I was like, “Word? I have so many other songs, more timely, more quotable, more capable of disputing nerd status. And have you heard the demos from my brother YOUNGMAN? I feel like it’s his time, not mine.” But Mello insisted. I guess they feel how I do about a daily dose of word following.

So I got the honor of working with Noah Norman to make the cover. I sent him sketches and told him these were the two key lyrics:

1: “There’s always something new under the sun / No one does it like you so it’s never been done”

2: “When you have A.D.D., superlyricism is something to concentrate on / everything else is too easy / you trace the flows’ progress like a little dot / it rewires / requires your brain / keeps a unique log”

So Noah created the cover image, a single line drawn in a spiral, using code and his pen robot. Evocative of a groove in a record that cuts through the label and stops at the 45 spindle adapter.

Every day we must leapfrog our own abilities, perspectives, and achievements, and need a team to do it.  * Boyoiyoing *

** ** ** ** ** ** ** ** ** ** ** ** ** ** ** ** ** ** ** ** ** ** ** ** ** **
Lyrical leapfrog put you in a deep fog / asleep cog in the wheel / steal like a cheap dog / reblog all you want / I'll kick a new style / true guile to do miles of damage while you manage to step in a doodoo pile / I got so many rhymes, they need to overlap / clover sap at the root to pick my own luck / struck by the thought that my label’s shoulder tap / older rap is newer / if you know what I mean / I hold a map in my headphones / rock stereo / there we go where we know / fairy grow barely no / hairy oh cherry blow / spare me tho / there's always something new under the sun / no one does it like you so it’s never been done / When I break new ground / take you down / quake through surroundings / crash land on a snare / cash band / pluck a bassline / twayang twang / face flying / mash hand / gas gland / plcccch / old styles trashcanned / yass man first line is second line like a brass band / last stand echo / how'd techno get so let low? two in one
/ new and fun for the lyrical leapfrog / precognition / wishing for recognition in two ways: clarity and mega-high-fives / when you have a.d.d., superlyricism is something to concentrate on / everything else is too easy / you trace the flows’ progress like a little dot / it rewires / requires your brain / keeps a unique log / seek opportunities to go hard as possible / obstacles include insecurity and bad habits and autocorrect / not so as checked / sometimes I’m mad (sad) I’m sad (bad) / I second that emotion / it’s called a secondary emotion / elementary notion / confusion fusion / cut through illusion delusion / intrusive thoughts / elusive slots / tandem / two things at once / I wish an Irish Sheepdog would arrive with cheap grog / people sleep like a log on me like a treefrog in a peat bog / “I plot a message in a mess of pottage”