from The Brown Study Remixes by Boog Brown 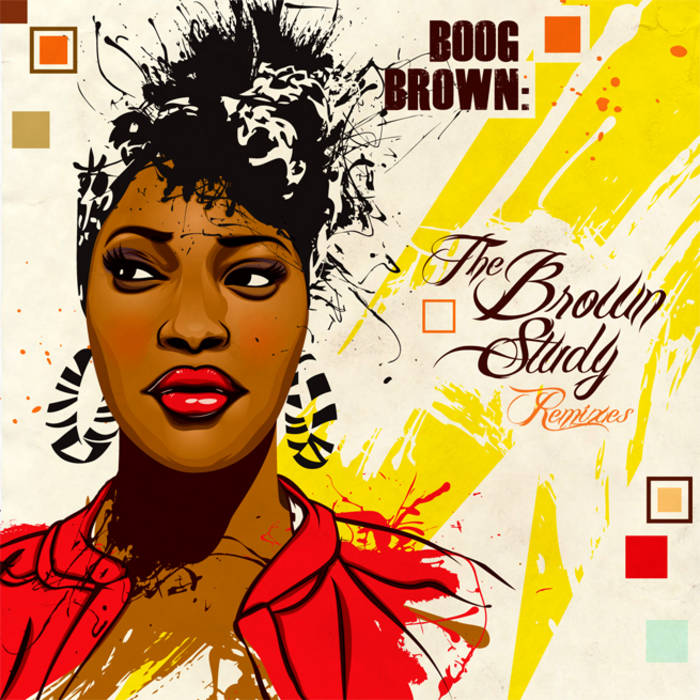 Boog Brown was named to iTunes Best New Hip-Hop Artists alongside Nicki Minaj, Drake, B.O.B., now she is getting ready to release a follow up to the smash hit debut album produced by Apollo Brown. December 20th a full length redux entitled The Brown Study Remixes will be released on cd and digitally by Mello Music Group featuring all new production, bonus tracks, and cover art. This is a purely collector's edition pairing Boog with some of the undergrounds most noteworthy producers. To get people ready, Boog is giving away the first single, UPS, remixed by DTMD's beatsmith Dunc.

I'm on my knuckles for this hustle got the mind and the muscle neva stumble movin majorly. Baby gotta pay me for the steamin 16 leave em leanin like the Pisa Tower- Power in my focus, devour like the locust any jokers on approach and let em know we takin over
There is no competition leave u wishin we would end it but this is business we aint stopping till we finish. Cats bitter black licorice, neva been another like her to inspire writers leavin biters in my wake. Take those, stack pesos by the case loads, you aint know? Don’t rhyme for dap go get ya passport stamped.
Granted u cant stand it, hit the pavement go and canvas for them votes im in the lab hittin dope notes. U can go and quote it only if ya scope is focused. I keep the potion potent, its all fluid motion. Got outta my dreams got into my car im ocean
And im slicker than ya average Boogies a savage. Leave u tossin turning atop ya mattresses. All im givin is my ass to kiss, gone miss me with that bullshit bitch. Runnin them gums like u toothless its useless new and improved this is.
Juice on the rooftop the crème de la crème. Action who u askin right? Pack light baby style tight ever since I picked up a mic. Send em swingin like medallions bring the battalion it’s the- black stallion wilding throw them towels in. basic bitches and niggas get it heavy.
School u on some legendry shit, check out my melody. A heapin helping of high regard, I evolve and im seein thru u my nigga it seems it’s all mirage, ur a fraud. Odd u call urself an emcee when half the shit u say in ya music u don’t believe- nigga please!
U aint got shit for me. Funny how u brag when ur actions don’t match ya story you bore me. Too many gangsta flicks and magazine clips, too many bitches on material shit, too many niggas on the next man dick all in the pic on some groupie shit. Muthafuckas got it twisted.
Talk more than u listen, just starving for attention like a little kid, soak it all in so u can emulate. Then turn around and hate the shit I create. U a phoney a fake, a fan, a pussy, a stan- Lowly as a snake in the grass u all trash and im done with it. Me and Apollo bouta run shit. So come and get it if u tough enough to fuck with it. U cant touch this grind this shine nigga. So keep ya day job we mobbin thru to take ours. What….

MF DOOM is given his flowers, plus appearances from MC Jada Imani and Stanley Ipkuss